A recurring appointment which is always welcome

The World Association of Newspapers and News Publishers, or WAN-IFRA, represents more than 18,000 publications and has several aims, among them to defend and promote press freedom and to provide its members with the skills and services necessary to innovate and prosper in a digital world. Every year WAN-IFRA organises the international fair IFRA World Publishing Expo (over the years I have visited it in some of the most beautiful cities in Europe).

In Italy, the conference of Ifra Italia takes place every year in association with ASIG. ASIG is the Italian Association of Newspaper Printers, and brings together Italian companies in the field of printing and publishing newspapers, and press agencies. For the last fifteen years I have been involved in organising the event, a job which I have always taken on very willingly because it has allowed me to meet up once again with a lot of people whom I now consider friends. 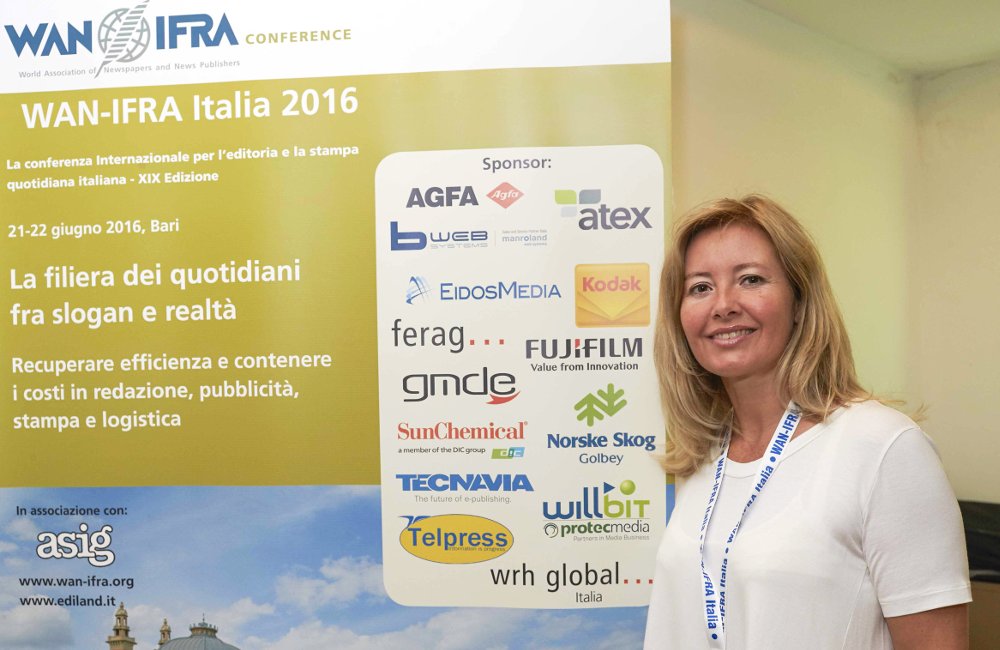 The conferences have for the most part been held in cities where a new rotary system was being installed, and so I was often already on site because I had been engaged by the manufacturer of the machine, or by one of his sub-suppliers, or by the printing firm itself. It happened several times on an occasion of this kind that I took off my mechanic’s overalls and put on a more suitable outfit for a gala evening which would finish at midnight, attending all together the paper’s production launch (to which I would return an hour later to help the technicians and printers, who watched my transformations with amusement).

I also worked for ASIG as an interpreter for a number of technical seminars on print quality held by specialists in Frankfurt, and for a technomeeting which took place at the head office of FIEG (Italian Federation of Newspaper and Periodical Publishers) in Rome.

Finally, both for ASIG and for WAN-IFRA I have done a number of translations of presentations, executive summaries and press releases.