This is a page which I find hard to write: because one of those lads is no longer with us.

For several weeks I took the plane from Verona to Frankfurt, continuing to Offenbach where the Manroland Print Technology Center is located. I found myself here with the technicians from Manroland Italia and together we took part in the courses on mechanics and electronics for sheet-fed printing machines, including the Direct Drive model, which was new to everyone, but for me who was coming from sophisticated modern rotary presses it was an easy world to understand. 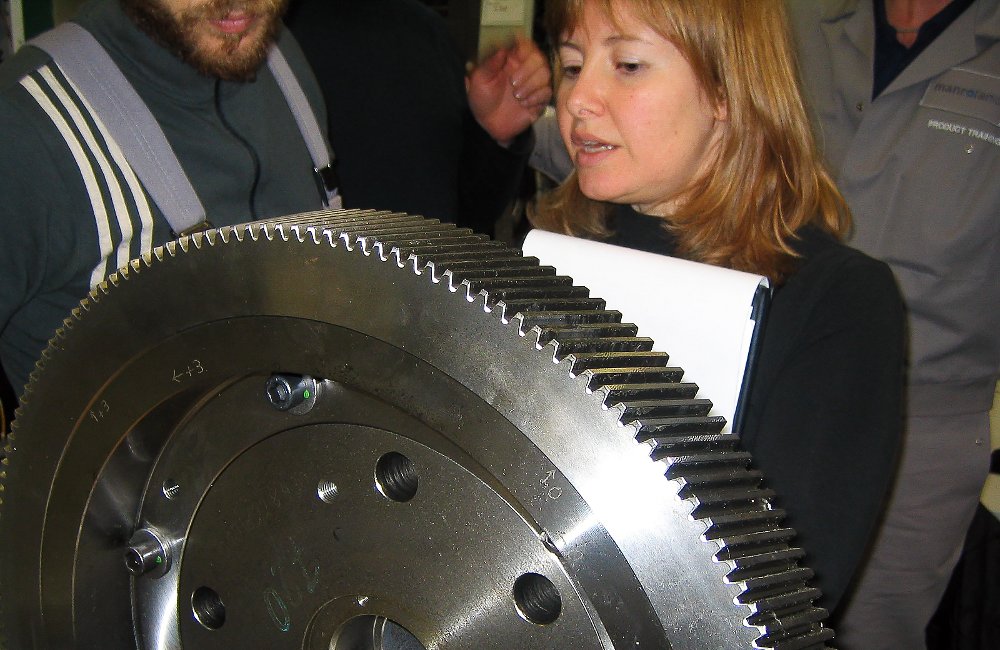 When the course finished we waited for evening to come, with long walks or going bowling; at suppertime there was an obligatory stop at an Italian-run restaurant, and we finished the evening laughing and playing with the beer mats.

And meanwhile the printing world was undergoing a setback: it was March 2009 and already people were beginning to talk of a crisis. In July 2010 companies had already made drastic cuts in personnel, some printing centres had joined forces by carrying out mergers, others had closed. At Offenbach we Italians looked incredulously at the few people remaining in the large company canteen, but the German technician looking after us explained that no one was really worried: they would find a new job, very easily. This was the same calm reaction as I would see among the employees of Maschinenfabrik Wifag AG, who were helped by the company as it went bankrupt to find a new job. 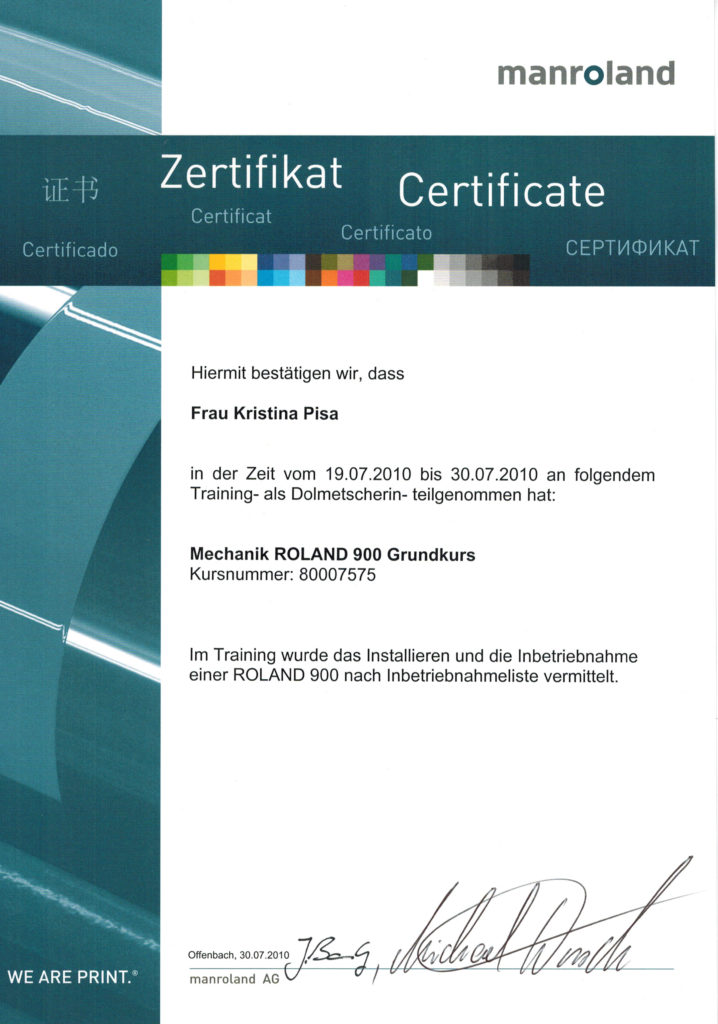 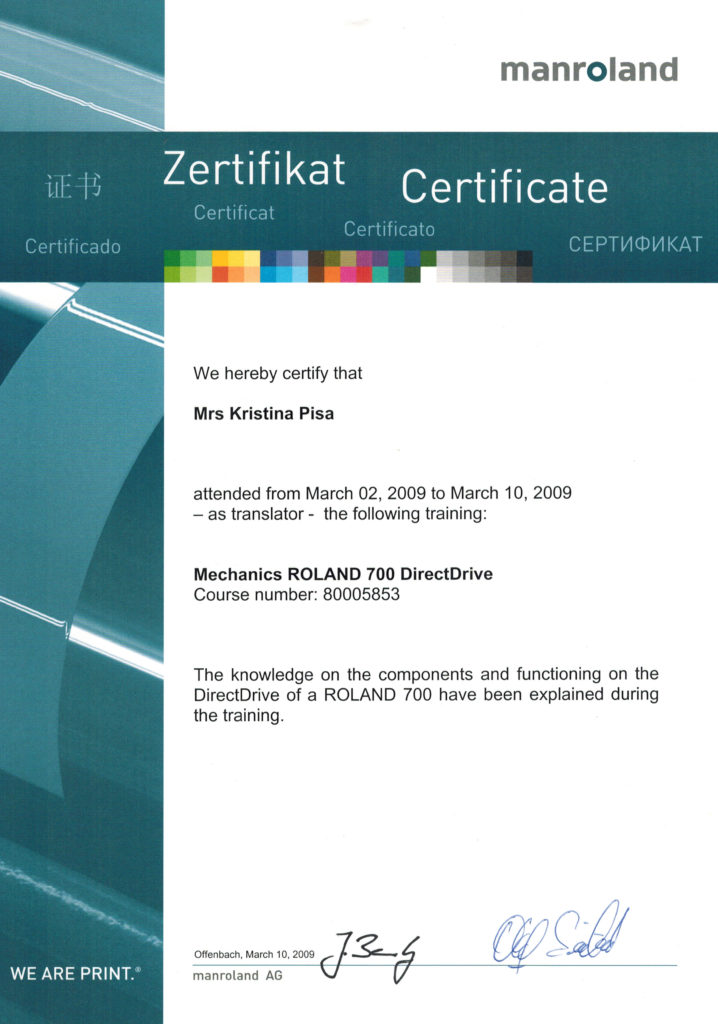 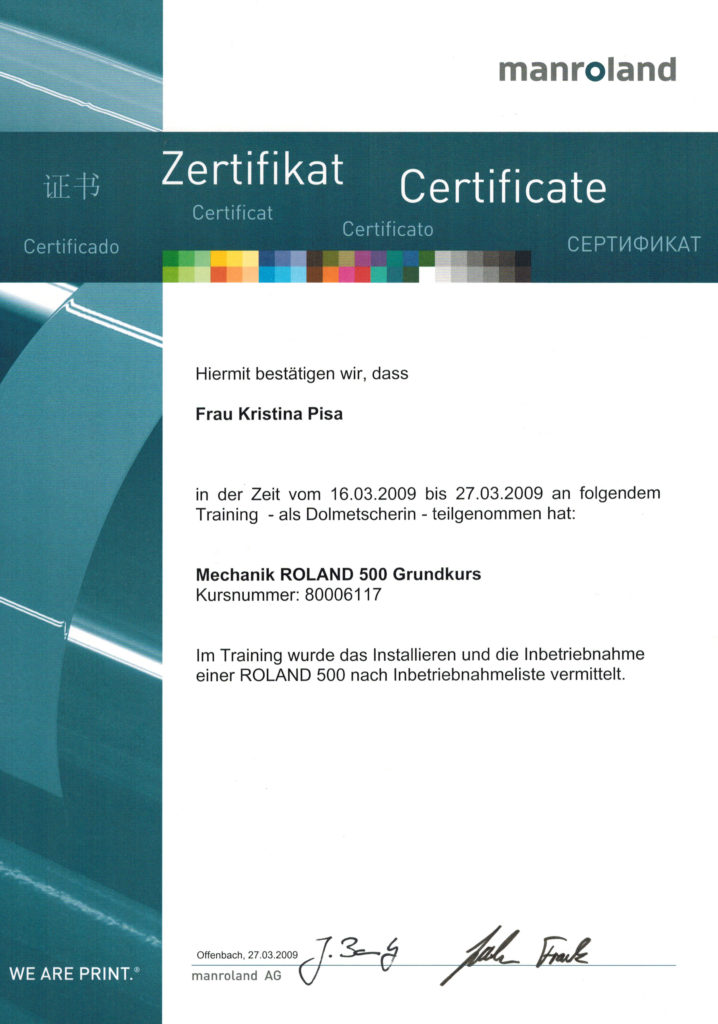