The installation at Gazzetta del Sud is full of memories, starting with the excellent coffee with fresh whipped cream served at their in-house bar, which you reached by going through the newsroom (even the presence of the editorial staff in the same building as where the printing of the newspaper took place seemed a novelty to me).

It was also the installation where I encountered several opposed elements which in the end came to a reconciliation, starting with the actual subject of the installation: a new Colora printing tower made by the German manufacturer König&Bauer, alongside an old Frankenthaler (rotary) press. 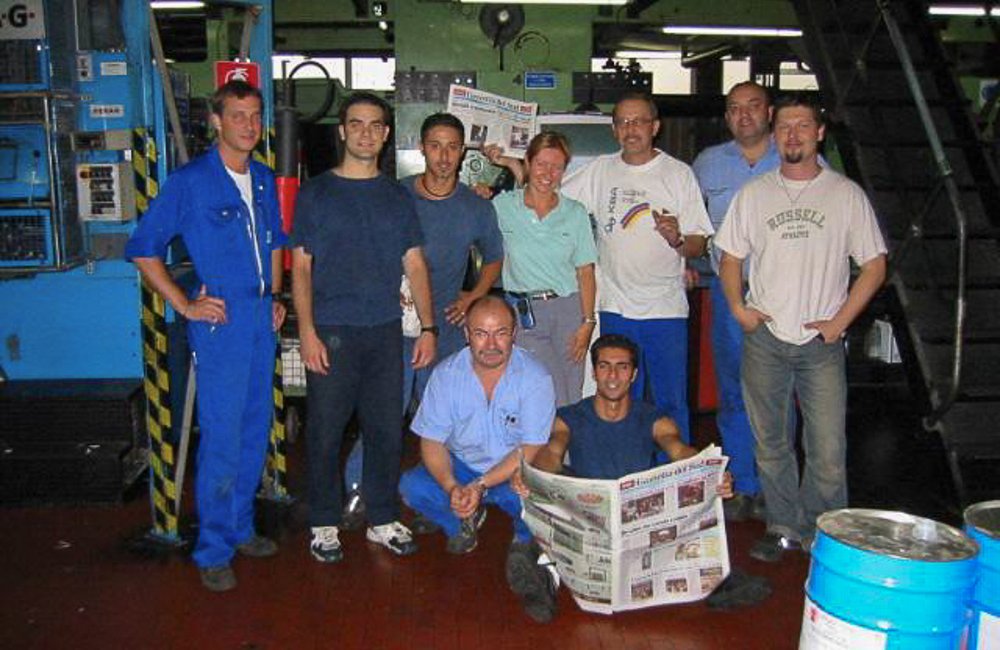 It was the first time that I had witnessed such an unusual add-on: I was used to seeing printing towers added to increase number of pages or colour, but with matching cylinder geometry (rubber-rubber) and not with dissimilar drive technology. As well as for the installation, commissioning and training period, I was in fact called in for support a few months after the installation of the press, to resolve a problem of paper tension at the exit from the new tower. Anyone who works on web presses knows that the paper tension is the result of multiple factors … including the quality of the rubber sheets! Over the years I was to learn many other tricks of the printer’s trade.

At Messina I worked side by side with several generations of printers: a father and son, an uncle and nephew. The uncle presented me with two very beautiful lithographs, which I still see today when I look up from the computer screen.

During this installation there was no lack of nervous moments, but I believe that with my linguistic mediation I contributed to calming people’s spirits so that they could go back to work with peace of mind.

And at the end of the night’s work we went back to the hotel at Naxos Gardens, under the sooty cone of Etna, which was erupting at that time, and the beach of golden sand was completely black!