In 2003 the board of directors of RCS MediaGroup ratified the plan to transform Corriere della Sera into a “full color” daily and increase the maximum number of pages possible for Gazzetta dello Sport. After the great 2005 project, which ended with nine KBA Commander 4/2 rotary newspaper presses and two KBA Comets on six production sites belonging to the newspaper group Rizzoli Corriere della Sera (RCS), in 2008 this important Italian media company once again chose modern newspaper technology from Koenig & Bauer (KBA) and ordered four double-width satellite rotary presses in the KBA Commander 4/1 series, with single-circumference cylinder. 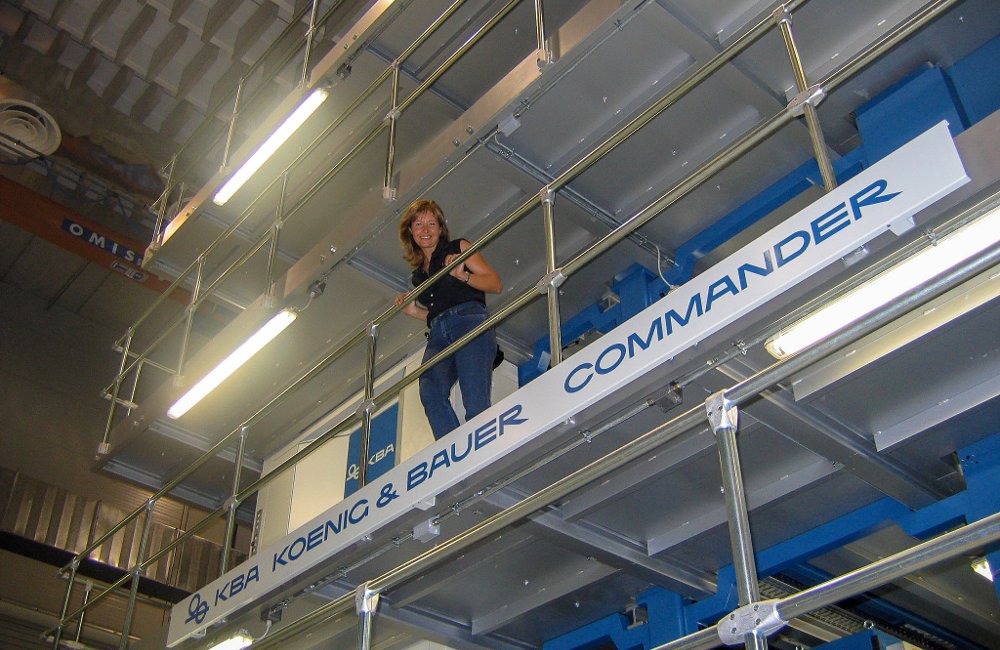 Two of the machines were delivered as part of the “Full Color Project” for the daily Gazzetta dello Sport, to Pessano, near Milan, while the other two rotaries were installed in Rome and Padua.

I attended all the installations as an interpreter, including the IFRA quality tests conducted at all the plants (including the one at the Genoa daily Il Secolo XIX). At Pessano and in Rome I also worked as an interpreter for the supplier of the press control and production programming system, EAE GmbH, and also in the prepress department. I also remember the winter when the courses on the plate bender with the Nela technician stretched on till 11 o’clock at night: the yellow glass in the windows of the platemaking department had prevented us from realising that it had begun to snow heavily, trapping us in Melzo for the entire night!

Finally, this was the project on which I worked for several nights supporting the German printer during production.

Il Corriere was a school of work and life and is still a reason for pride today.